The following posts are a selection of project experience I’ve gained in a professional environment. 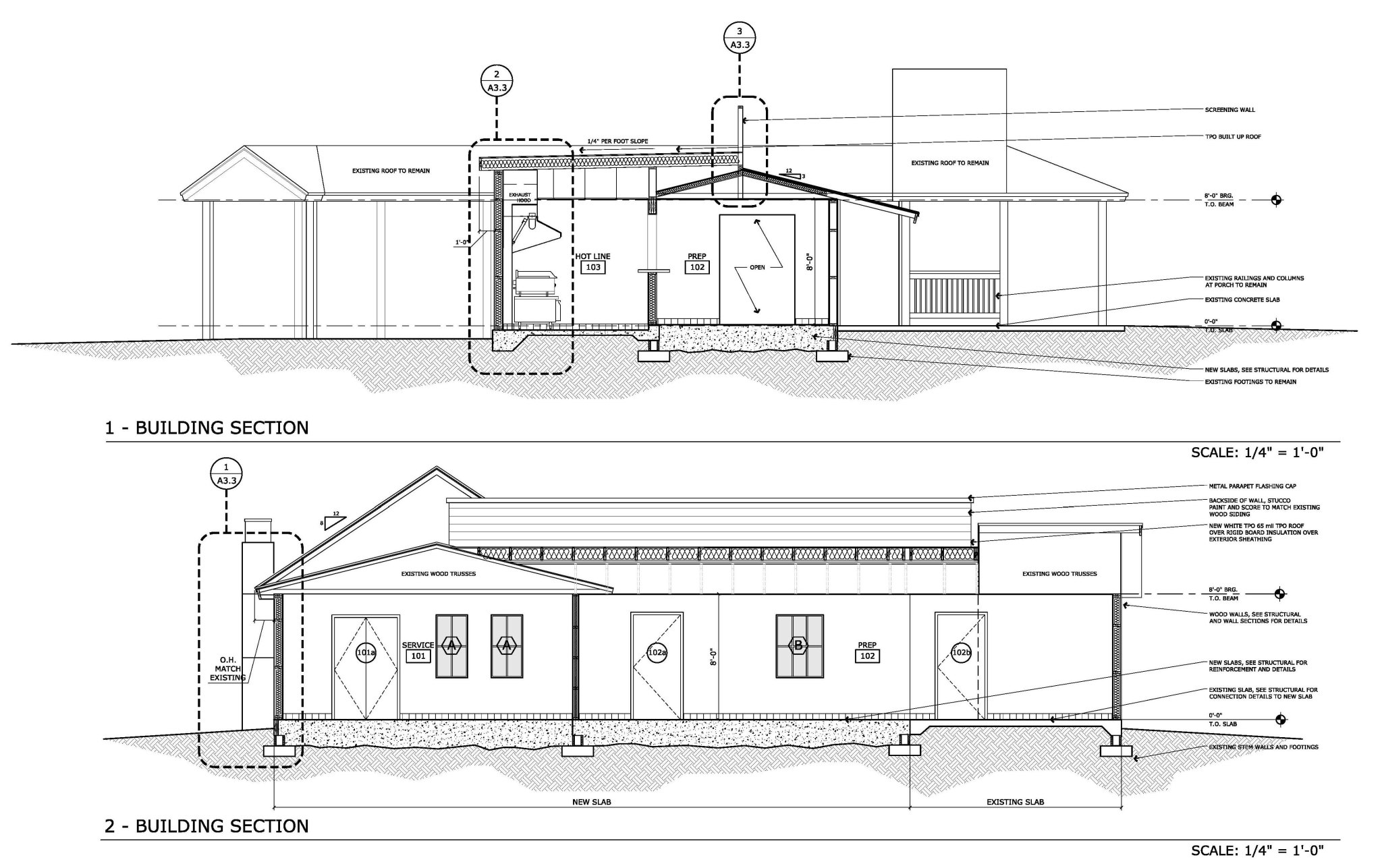 Renovation of a well known restaurant in Jupiter, FL. Building was historic home on original site. Renovations to raised ceiling height and update to new hoods within the constraints of the existing building appearance. 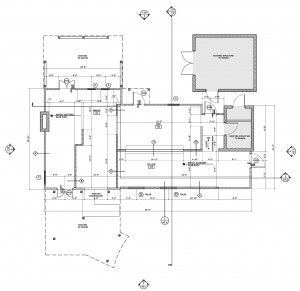 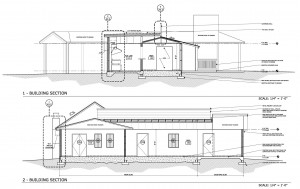 A Manufacturing building that would also house their headquarters and sales. Project documentation in Revit. 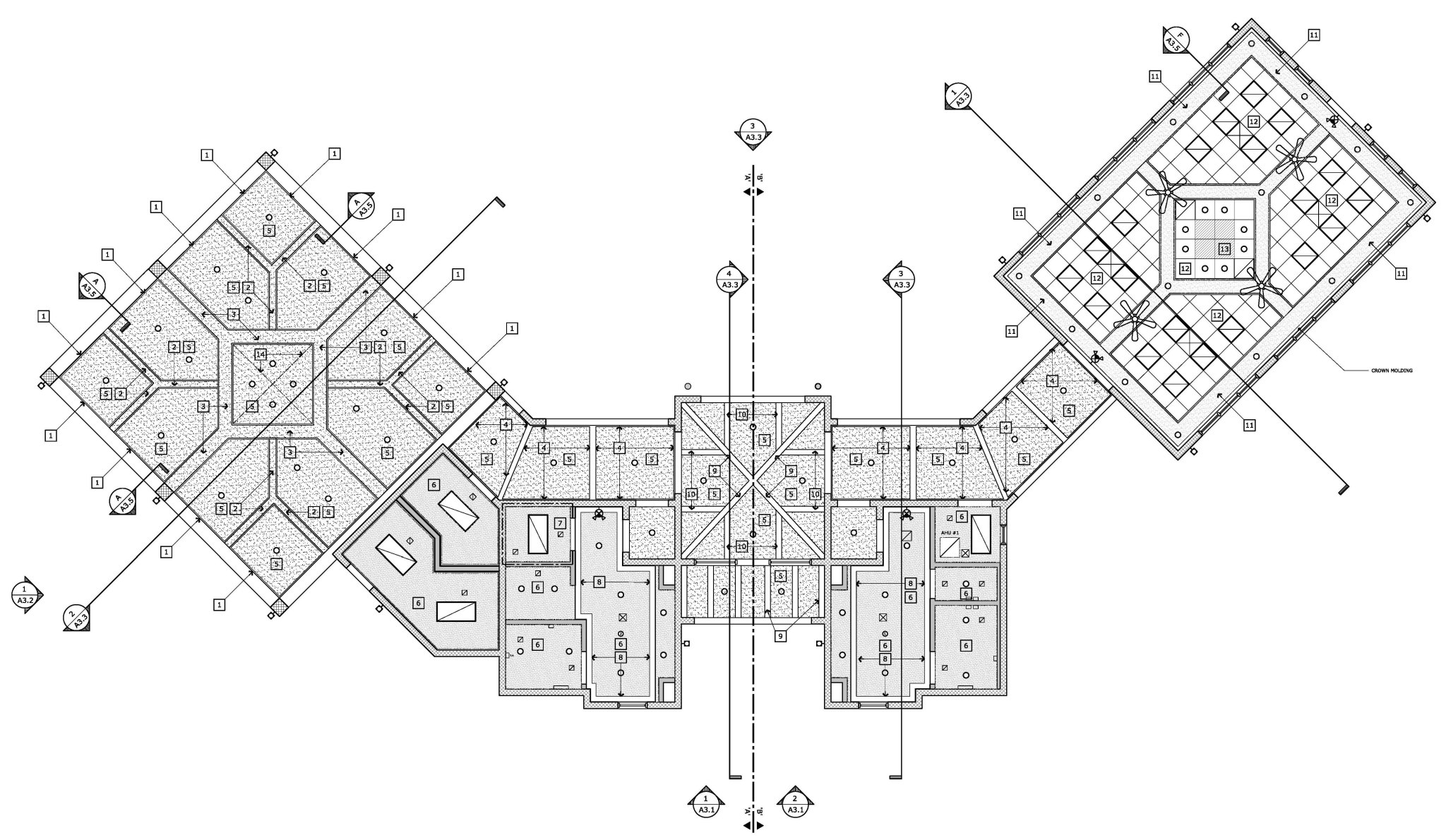 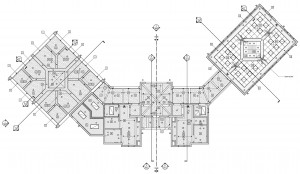 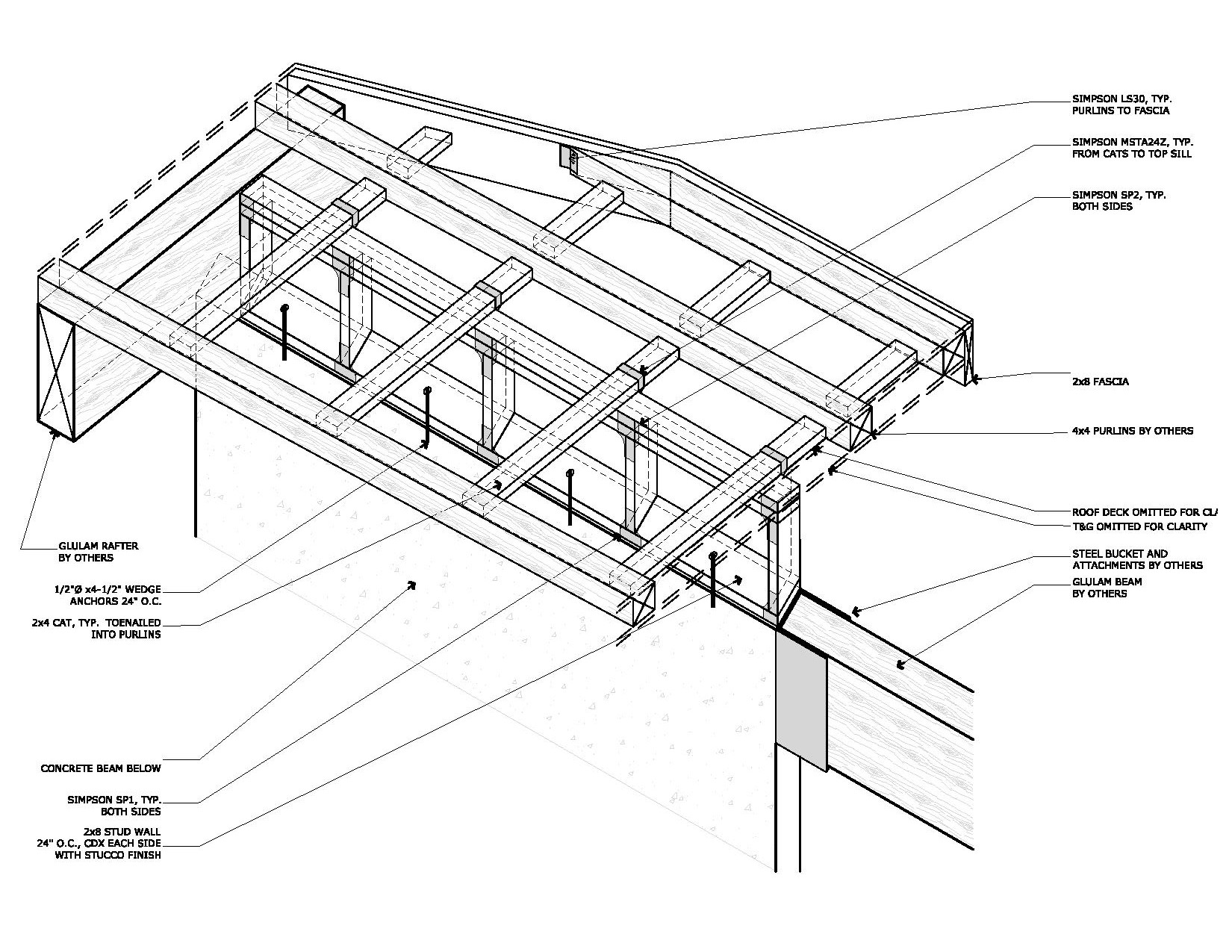 Ever get a bit overboard with a detail. Strapping detail was needed at Porte Cochere to appease inspector. Building and Porte Cochere were designed to work independently and meet wind loads, but inspector was leery of overhang. To get an out of state contractor off-site quicker it was agreed to bridge the gap and strap the roof to lower beam. 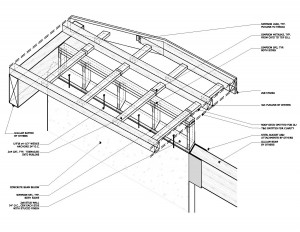 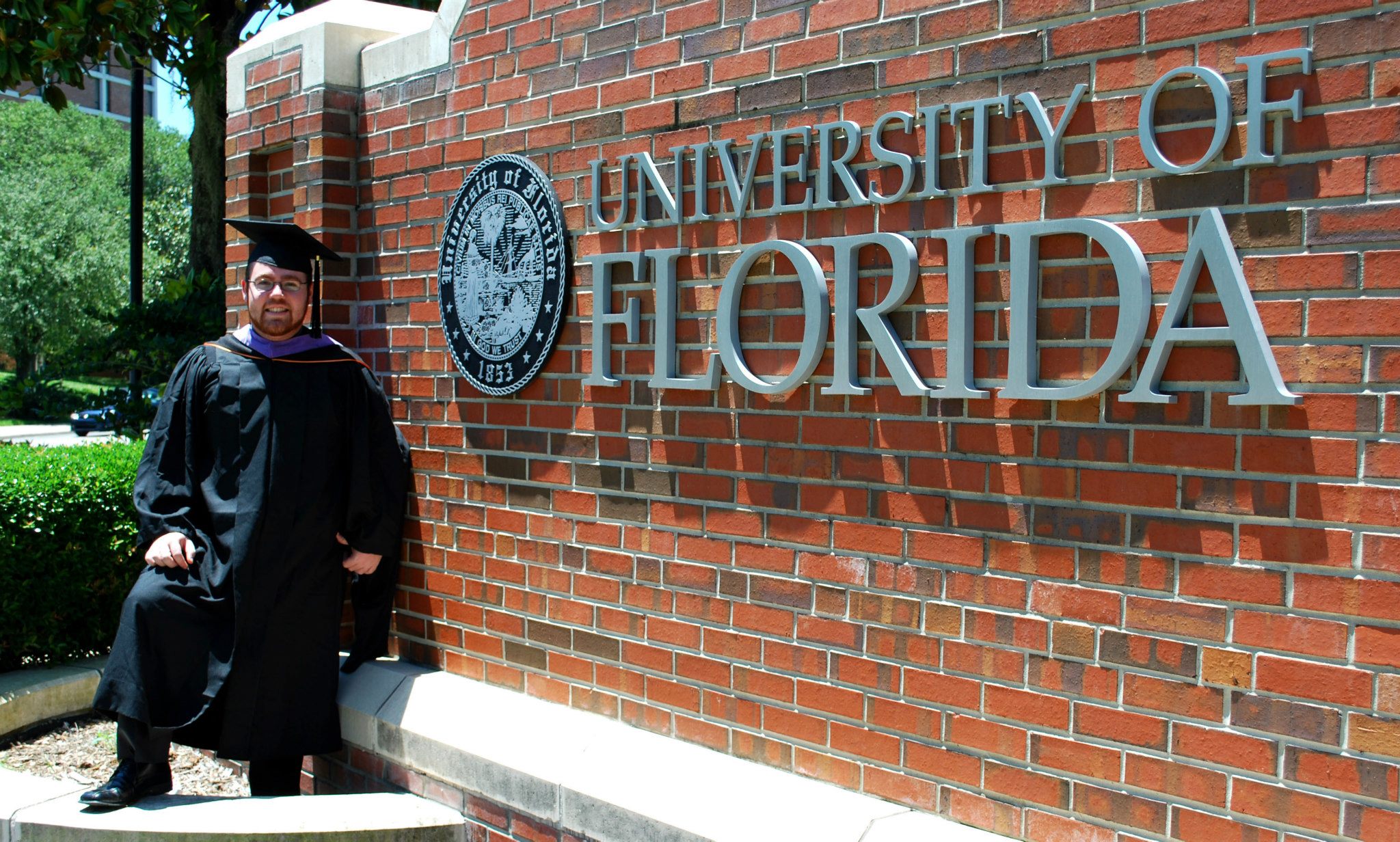 As of May 4th, 2013 I am officially graduated from the University of Florida (again!). I received my Master’s of Architecture among my fellow graduates and enjoyed a successful final year. 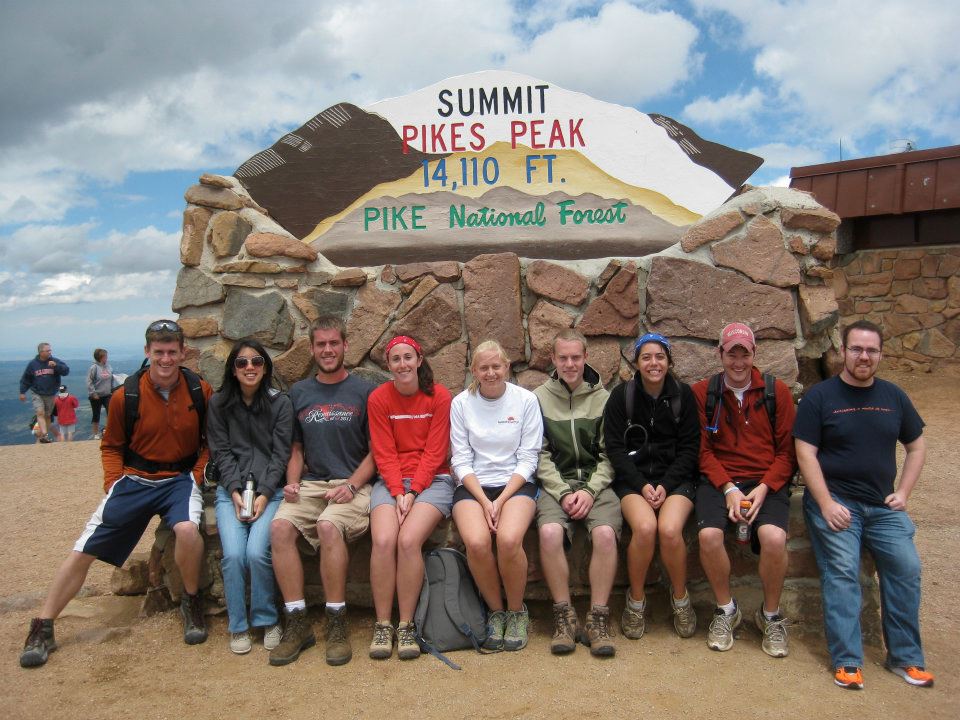 In the summer of 2012 I interned with Engineering Ministries International. I was 1 of 10 summer interns in their Colorado Springs, CO headquarters, and 1 of 2 architecture students. EMI can be found at emiworld.org

EMI runs on a semester schedule similar to college based on their intern availability which is a vital support for getting their work done.  Each project leader has one trip per semester.  While each trip has at least one staff member, the interns and trip volunteers are funded by support and are there on a volunteer basis.

My trip was ELWA hospital in Monrovia, Liberia. That project is documented here: http://architecture.michaelcporter.com/?p=88

EMI has 7 world offices and runs like a traditional A&E firm with professional oversight and reviews.  They house every profession from Construction Management and Surveyors to Architects and every flavor of Engineer.

As an intern we had three methods of oversight: 1) Intern Directors 2) Project Leader and 3) a Personal Mentor.  These leaders helped direct our work and grow us personally and professionally during our internship. 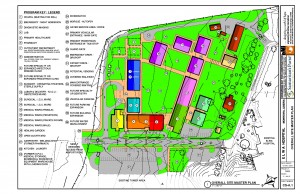 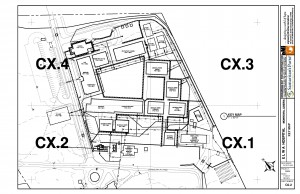 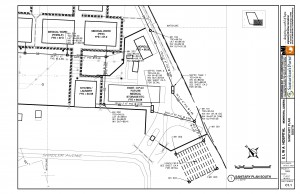 In the summer of 2012 I interned with Engineering Ministries International out of their Colorado Springs, CO office and headquarters. I was the Architectural Intern on the ELWA Hospital design in Monrovia, Liberia.

ELWA started as a radio ministry and given a land grant in the 50’s. Early in the mission given their presence it became apparent medical treatment was needed for the people of Liberia as they came to ask and rely on the radio station for help. The hospital was established and grew to an 80 hospital. During the prolonged fighting and civil war ELWA hospital was looted and damaged multiple times while the site was abandoned and evacuated. Later the land was reoccupied and ELWA hospital resumed it’s operations. In 2009 Franklin Graham, President of Samaritan’s Purse, visited ELWA Hospital as SP shared the 800+ acre site with ELWA and their parent organization Serving in Mission. He was appalled by the condition of the hospital giving life saving medical treatment. He resolved to fund a building of a new hospital for ELWA and the people of Liberia. Shortly after EMI was called upon to design a new 150+ bed hospital that would expand their treatment and be fully modern.

I went in 2012 as a part of their multi-discipline volunteer team. We had 7 members of the team: 1 Staff Architect, 2 Interns (me included), 2 Civil Engineers, 1 Structural Engineer and 1 MEP Engineer. We took the previously established Master Plan of the hospital (a previous EMI team visit) and design the first half of building to be constructed, in addition to staking out the perimeter walls and wash facilities for immediate construction.

As the Architectural Intern I was responsible for taking the hand drawings of the staff architect and translating them into CAD drawings (following EMI standards) and making 3D presentation drawings while in country. Later I help remake these drawings in REVIT, helping the EMI transition to REVIT usage.